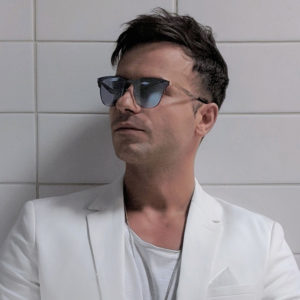 Klejdi Llupa, professionally knows as Claydee and Bang La Decks, is an Albanian-Greek songwriter/ composer/ producer/ artist. He ranks amongst the most popular pop/dance producers in The Balkans and is behind some of the biggest pop-dance hits, including many international #1 songs in Eastern Europe. His music has gathered more than 400 million YouTube views and Spotify streams. Claydee holds the record with the four most viewed Greek music videos on YouTube ever with “Mamacita Buena”, “Alena”, “Dame Dame” and “Hey Ma”, each one with over 65 million views. He is also the co-owner of Down2Earth Music, a leading pop/dance label in The Balkans and the first ever company to break Greek artists internationally. In 2012, “Mamacita Buena” set a milestone, being the first Greek song ever to reach 10 million YouTube views in under 3 months. It was also #1 on iTunes, Shazam and on the National Radio Airplay Chart for many weeks. The track was licensed and released in more than 15 countries by some of the biggest dance labels in the world, such as Sony Music Spain, Ultra Records (USA) and more.

In 2014, Claydee won two major awards in Poland: “Artist of the Year” and “Dance Track of the Year” for his mega hit “Sexy Papi”. He also won an award for “Best Dance Video” at the MAD VMAs in Greece. Some of his notable collaborations include “Dame Dame” with twerk superstar and singer Lexy Panterra, “Gitana: with Latin American singer and songwriter Lil’ Eddie, “Who” with Australian hitmaker Faydee, “Te Quiero” with US Grammy Award winner and producer Dave Aude, the mega hit “Hey Ma” with Romanian superstar Alex Velea. His latest single “Loquita”, a collaboration with Eurovision diva Eleni Foureira, was a massive hit in the summer of 2019, with more than 30 million streams/views, and sparked the infamous Loquita Challenge that became viral. Claydee has recently signed with Universal Music Germany for the world and is currently in the studio working on his forthcoming single to be released in the spring of 2020.