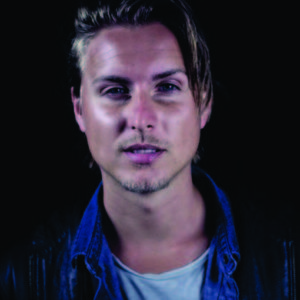 At the young age of 4, Gabriel was first exposed to music through his family, while growing up in his native country of Sweden. As a teenager, he began to grow his strengths of singer and guitarist, a talent that did not go undetected, as he was soon catapulted into his music career, by landing as a favourite amongst top finalists on one of Sweden’s biggest broadcasted music television shows – Swedish Idol, in 2009.

His inherent vocal abilities and national notoriety led to his first signing as a professional music artist with Sthlm Hitfactory, where he went on to become a member of the international boy band “The United” that was signed to Farm Records of Japan in 2011. Gabriel served as a lead songwriter for the band’s debut record, which inspired the development of both his studio and live skills, as they toured the world, including high profile performances, such as the Pattaya Thailand International Music Festival with 20,000+ attendance, respectively.

After returning to Sweden, Gabriel began to further fuel his love of song writing, by moving to Malmö, Sweden, in the winter of 2014, to sign a deal with Swedish powerhouse publishing company Roastinghouse. In 2018, he graduated from Los Angeles City College with an Associate of Arts degree, majoring in music, and signed a publishing deal with EKKO Music Rights. To his notable success in the music world, Gabriel continues to not only establish himself as a multi-genre composer, but strives daily to enjoy the journey, as he forges new opportunities and expands his horizons both personally and professionally, with his new relocation to Los Angeles, California.