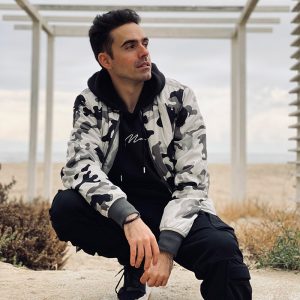 Cristian Tarcea, or Monoir, as most know him as, is a Romanian multi-instrumentalist, vocalist, songwriter and producer. The Constanta based artist is also the brain behind Thrace Music (housing artists such as Kate Linn, Brianna, Sandra N., Dharia, Iarina and more) and has a deep and genuine passion for great tracks, beautiful melodies and lyrics that tickles in every listener’s ear.

He’s the producer behind successful tracks such as Lost In Istanbul, Sugar & Brownies, Your Love, The Violin Song, Chameleon, Perfect and many other tracks that gathered together more than 300 million views on YT and more than 30 million streams on Spotify.