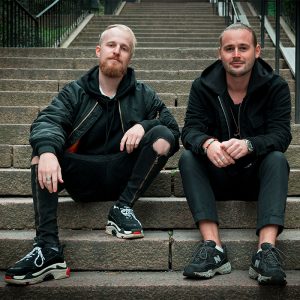 The Swedish music production team Moonshine (Jonatan Gusmark & Ludvig Evers) have in record time become one of the most sought-after production teams in the K-POP world.

In their native Sweden, Moonshine were nominated for “Breakthrough of The Year” at the prestigious Swedish Music Publishing Awards in 2019.