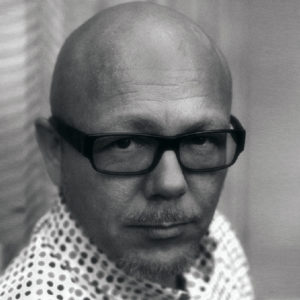 Since the early 90’s, Pelle Lidell has been a prolific and very successful force in the international music publishing world. As Head of A&R and Deputy MD for Air Chrysalis Scandinavia (Chrysalis Music Group), CEO and co-owner of highly successful independent and international music publisher Murlyn Songs and European A&R Executive for Universal Music Publishing Ltd. UK, he has truly made a mark for himself on the international scene. Renowned as a pioneer and multiple time hit maker in the K-Pop world, Lidell has also scored an array of #1 hits in the US, the UK, Germany, France, Spain, Scandinavia, Japan, Korea, SE Asia and Australia. He has a long signing list of top international writers and artists under his belt, and has bagged up several thousands of cuts, resulting in worldwide sales of 400 million records/downloads and several billion streams to date. Lidell is the co-founder of EKKO Music Rights Europe and serves as President.

In 2005, Lidell left Murlyn Songs and sold his shares to pursue other business opportunities. “I just felt I had given everything I had at Murlyn Songs, so it was time to turn the page and move on”. Universal Music Publishing’s European President Paul Connolly made a quick move and offered Lidell to build UMPG’s international writer roster and song pitching division in Europe. Lidell happily accepted. As European A&R Executive at UMPG, Lidell scored an array of #1 hits in the UK, the US (including 2 x winner’s song of American Idols), Germany, France, Spain, Japan, Korea, Australia, China, Mexico, Latin America and the rest of the world. During his time with UMPG, Lidell procured an impressive +1000 songs released, resulting in multi-million sales across the globe.

In 2011, Lidell entered the television world, when he was appointed Chairman of the Jury of one of Sweden’s most popular TV-shows: Idol. He ended up getting rave reviews in the Swedish press for his straightforward and likeable communication style. Between 2013 and 2016, Lidell was involved in more than 100 #1 albums and 140 #1’s and Top 5 hits around the world. In his career, he has bagged up total sales of 400 million records/downloads, plus close to a billion streams.

Entertainment, Korean super entrepreneur and billionaire Soo-Man Lee, international top manager/music publisher Robin Jenssen and Australian top A&R veteran Hayden Bell, Lidell launched a brand new international music publishing company – EKKO Music Rights Europe. The company has already procured over 1000 recordings across the globe. Its historical and first #1 smash hit was scored in Japan in August 2016 with E-Girls (Avex). A follow up smash hit with Ricky Martin (Sony) was scored in 2017 with “Vente Pa’Ca” and the track has since conquered the #1 position in 14 countries, as well as top positions at Billboard’s Latin Chart, Airplay Chart and iTunes Chart. Over 500 million streams on Spotify, over 1.5 billion views on YouTube and winner of ASCAP, BMI and SESAC Latin Awards. It was also nominated in two categories at the 2017 Latin Grammy Awards in Las Vegas: “Song of The Year” and “Record of The Year”. In March 2018, EKKO Music Rights won the Norwegian Music Publishing Awards and have enjoyed multi music industry nominations. The company has scored a large number of hits in the K-Pop world between 2016 and 2020, including a US Billboard 200 #1. To be continued…