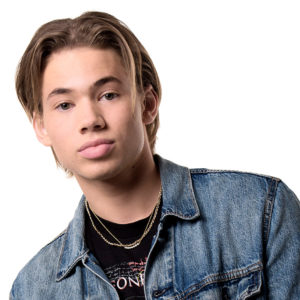 Topliner/ Singer/ Artist
Theo was born in Norway in 2001 to a Norwegian mother and a father of Norwegian and Jamaican decent. Growing up close to the Arctic Circle, in a town with a population of only 8000, Theo quickly turned to soccer and music to entertain himself in the cold climate of the north. By the age of 6, he had already picked up the guitar and started teaching himself the basic chords. He quickly discovered he also had vocal chops, and began recording himself in GarageBand. By the time he was 13, he got introduced to the software Logic and started to produce his own tracks and really got into writing his own material.

Being a multi talent, Theo excelled in both sports and the arts, leaving him with a choice between a professional soccer career and going all into the music – he chose music. Having a strong follower count on social media platforms, he started uploading minute long snippets of cover songs and own compositions on Instagram to rave reviews from his listeners. In 2017, Theo was discovered by Dsign Music, one of Europe’s leading songwriting and production teams. This was the beginning of a magical relationship, where everyone was blown away by Theo’s voice and talent, and they signed him on the spot.

In 2019, Theo did his first collaborations and co-writes with international writing trips to Stockholm and Los Angeles. This resulted in him being signed by Gee Roberson and added to the famous Maverick Management roster of artists. Theo has found his own sound, a mix of pop with a clear R&B influence, but with the Nordic melody flare. He cites his biggest inspirations as Michael Jackson, Chris Brown and Ed Sheeran.