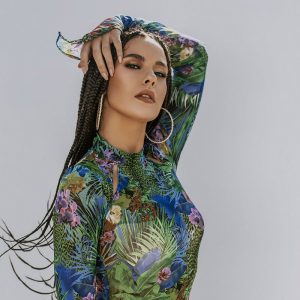 A loved-by-all performer and trend-setting fashionista, YOANA is one of Bulgaria’s most promising rising Pop talents. A finalist in The X Factor Bulgaria, she was spotted by the country’s biggest label – Virginia Records – and immediately signed. Her debut song “Issa Game” (“Da Ne Spim”), a collaboration with Romanian hit-maker Monoir, received more than 3M views, clinched #2 on the Official Airplay Chart for 5 consecutive weeks and ended up at #5 for the whole of 2018. Her next two singles, “Fiesta” and “Nyamat Lyubov” became just as successful fan-favourites and are still heavily supported on radio. Yoana was also a special guest at the biggest music festival in Bulgaria – Coca-Cola The Voice Happy Energy Tour.